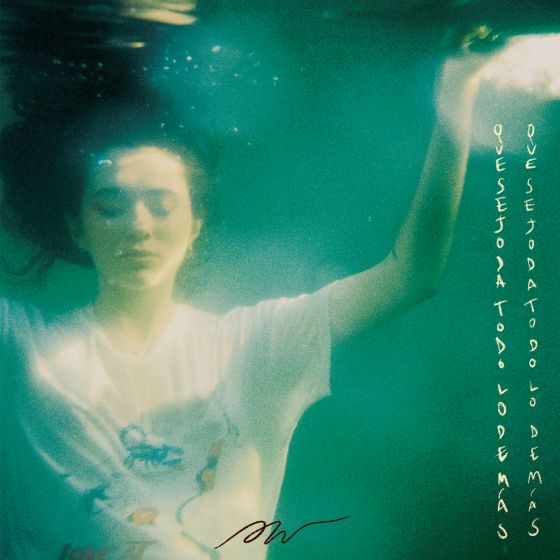 What started out as just three songs ('Por Si Apareces', 'No Te Vayas', 'Corazón Mármol') resulting from Alice Wonder’s wish to write in Spanish became a development that led to her sophomore and first Spanish-language album.  Although she may seem like a newcomer, the young artist's career is beginning to consolidate as part of a new generation of talented Spanish musicians.

The single tracks released ahead of this long-awaited album have reached over 10 million streams on music platforms, and the first edition of the vinyl album has already sold out through pre-orders alone. This and her old-out concerts show that the songs connect with the audience on a large scale and in a very special way.

Alice Wonder first appeared in the music scene in 2018 with her successful EP “Take Off" and her album “Firekid”, which brought in millions of streams and international attention.

After initial releases in English and some songs in Spanish, with tracks like "Bajo La Piel" ("Firekid", 2018) or "La Apuesta", co-written with Spanish songwriter Guille Galván (Vetusta Morla), many of the sounds and verses from the traditional Spanish songbook that reverberate in her personality gradually materialized in her songs. As a result, three songs have been recorded under the production of Spanish producer Ángel Luján: "Por Si Apareces", "Corazón Marble" and "Que Se Joda Todo Lo Demás".

The expressiveness of the sounds that accompany the verses become a standard in her productions, something that helps shape her songs from a completely different angle. Alice Wonder avoids typical rock sounds this time. Alice Wonder often starts from very acoustic sounds–usually woodwind and string instruments–which are, however, recorded and treated as electronic elements, creating unusual rhythms and atmospheres. This creates the basis for the harmonic sounds that are so characteristic of her compositions, and on which the melodies and vocal interpretations acquire more meaning than on previous songs.

Here is an album that shows that the artist has to respond to new artistic impulses that go hand in hand with her own experience. This song collection is dedicated to “Love” and overcomes the barrier of the romantic notion we all have of it.

With this in mind, the title of the album appears as a "pre-pandemic" idea that, like many of Alice's creations, ultimately ends in a prediction of what we would later experience. A hopeful cry of hopelessness about the importance of loving and cherishing yourself, your partner, your friends, your neighborhood, your family, and when you grasp that feeling and know that everything will be fine, you can scream or even whisper "Que se joda todo lo demás".

You can listen to the album here: https://alicewondermusic.com/qsjtld/?fbclid=IwAR1XPm1m6rH7JfEvAZVSGZWSF4tjRY5_ON2iX3ahEgG-AQ1nO145xbfLppE