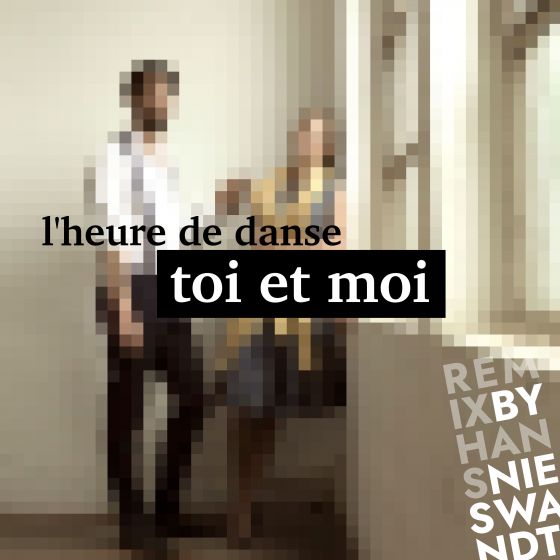 The acoustic duo will release a remixed version of their song "L'heure de danse" tomorrow.

The "L'heure de danse" remix was created by famous and legendary German DJ Hans Nieswandt who played all over the world, wrote a bestselling book about his travels, and enjoyed  international chart success with Whirlpool Productions.

The new rendition to their song will appear with a dreamy lyric video set to be released on Friday as well. Watch a sneak peek below!

toi et moi are an acoustic duo based in Cologne that started their musical career back in 2010, when they published their first record Une évidence, and have been playing and touring through Germany since then. They make what they like to call the nouvelle chanson from Cologne, since they try to combine both traditional and modern elements of the well-known French chanson. French lyrics incorporating modern as well as traditional elements with a rhythmic and folkloristic–sometimes melancholic–but warm sound.

The duo consists of Julia Klomfaß, singer and multi-instrumentalist who plays the guitar, musical saw, accordion, mandolin or piano, depending on the content of the song, and Raphael Hansen, singer, guitarist and percussionist. The two musicians have been playing together on stage since 2009 and they only perform their own repertoire. French is the chosen language for their songs due to several reasons: Raphael is half-French and both of them love how this sonorous language matches the mood of their music perfectly. Julia and Raphael are a very experienced and well-rehearsed duo that fuses together on stage and that played around 30 shows a year across Europe before the pandemic started. Their fourth album appeared in February 2020 and is called “n’allume pas le feu.”

You can listen to the song here: https://toietmoico.lnk.to/lHeureRemix