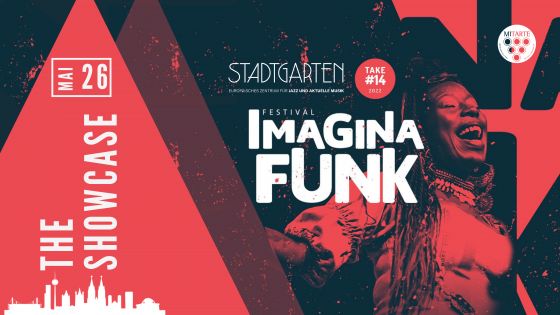 Imagina Funk www.imaginafunk.com is the only festival in Europe exclusively dedicated to promoting funk music. After two years of pause due to the coronavirus pandemic, the 14th edition of the festival will be held on July 29 and 30 in the Andalusian outback, close to the city of Jaen, in the middle of the captivating landscape of Sierra Mágina.

Imagina Funk: “Funk is Back” in 2022! - it is high time that this festival, which annually presents some of the best contemporary funk acts from Europe and overseas, also experienced some proper recognition in the rest of Europe. And with this in mind, the organisers have decided to take the festival’s unique music mixes to different cities in Europe with satellite events, one of them being the concert taking place in the venue Stadtgarten in Cologne (Germany) on May 26.

Andrea Benini, better known by his artist name Mop Mop, is an Italian musician and producer. He has, amongst others, produced and released jazz, funk and club music.

He normally performs with his band Mop Mop Combo as well as solo as a DJ around the world. Mop Mop found recognition in 2012 when he was featured in Woody Allen’s “To Rome With Love” movie soundtrack.

Mop Mop will release a new album in 2023 and his performance in Imagina Funk #Take14 will probably be one of the first opportunities to enjoy live some of his new material.

Pepe Bao is considered by many, including the Spanish edition of Rolling Stone magazine, as one of the best Spanish bassists. His musical range goes from funk, jazz, rock and world music to flamenco.

Founder of the revolutionary and acclaimed Spanish funk rock band O’funk’illo, he has played with some big international acts, including Marcus Miller and B.B. King, as well as popular Spanish artists, such as Peret, Luz Casal and Kiko Veneno.

During his concert in Cologne, he will be presenting a new musical project he has been working on with DJ Nana Pure.

DJ Twelve Beats will be the one responsible to close the evening and make the transition from concert to party. He has lived and Djed in London for a long time, has his own weekly radio show “Slow Disco” under his name Juanma Quesada on Playa Sol Ibiza Radio station and he feels at home as a DJ in any club and festival throughout Spain.